KNOWLEDGE BASE FOR INVESTORS

WHY INVEST IN BYDGOSZCZ?

GET TO KNOW THE BYDGOSZCZ MARKET

The Bydgoszcz Regional Development Agency Sp. z o.o. runs an investment offer database, which is targeted at local entrepreneurs and new investors who plan to establish business activity in the City of Bydgoszcz.

The investment offers database includes areas owned by the City of Bydgoszcz, the State Treasury and private individuals, including perpetual usufructuaries. There are developed and undeveloped properties of diversified sizes and purposes; the areas included in the local development plan, as well as those covered by a so-called Study.

Find a place
to invest 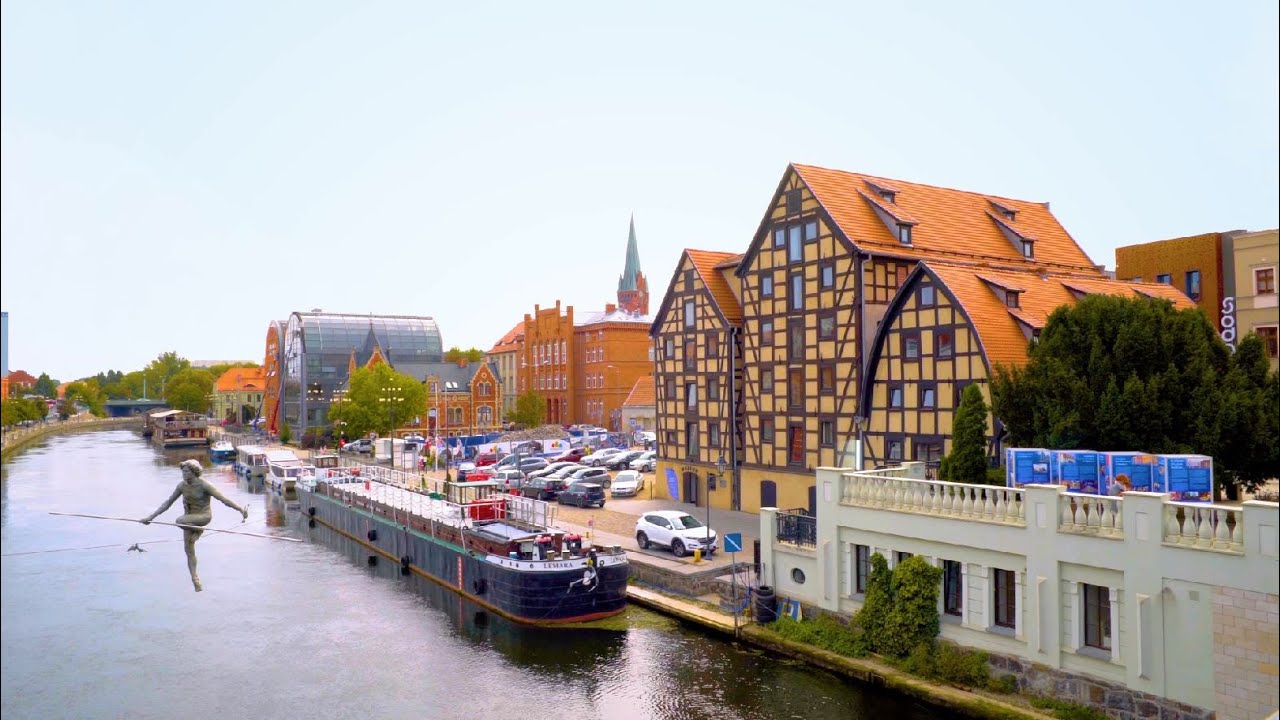 WHY IS IT WORTH INVESTING IN BYDGOSZCZ

What do investors say about us?

Bydgoszcz successfully implements the concept of “a city open to outsourcing”

Local government activities, local IT specialization, availability of office space, as well as support for investment processes contribute to the development of companies. Local specialization in the delivery of IT services is visible in the profile of Atos. From January 1, 2019, the office in Bydgoszcz is the company’s headquarters. It is the largest of the Atos Poland Global Services locations list. Currently, over 3500 employees work in Bydgoszcz. We employ almost 400 foreigners from all over the world in Bydgoszcz. Atos Poland Global Services develops research and development activities through the Atos + Google partnership, IOT projects and a wide range of automation activities. It is the center for the main team developing the flagship Atos private cloud solution - Digital Private Cloud. OpenStack and ServiceNow are another technology areas in which our organization is a global leader and trendsetter. All of the above enrich the Atos digital portfolio developed in Bydgoszcz. Atos customers following the rend of digitization appreciate the competence and potential of the Polish location. The dynamic development of Atos company is also based on the increasingly desirable qualifications of the entire region. Cooperation with the local institution of education resulted in the creation of Atos partner classes in electronic technical high school and I high school as well as in the partnership with Kazimierz Wielki University and the University of Science and Technology in Bydgoszcz.

The Bydgoszcz Regional Development Agency Sp. z o.o. is consequently realising a “Bydgoszcz open to outsourcing” campaign which places the City at the top of the list of regional cities which support the development of the modern business services sector in Poland.

The Bydgoszcz Regional Development Agency (BARR), which operates in Bydgoszcz, is an excellent local governmental unit which supports entrepreneurs interested in developing their business in Bydgoszcz.

Cooperation with the universities of Bydgoszcz and a secondary IT school

As an entrepreneur investing on the Bydgoszcz labour market, we have been cooperating with the team of Edyta Wiwatowska, operating first under auspices of the City and then as BARR since 2011. The effect of mutually initiated actions is the cooperation with the universities of Bydgoszcz and a secondary IT school.

The city offers a stable investment environment complete with skilled human resources and consistent business-development/entrepreneurial opportunities. In addition, Bydgoszcz boasts a strong academic centre that generates top talent. The city offers competitive labor costs, which, in combination with low attrition rates sets it apart from other, larger BPO cities in Poland. We have built our European business around the talented individuals and business-friendly culture of Bydgoszcz, placing key management staff at this location. It is a great place to do business.

Choosing Bydgoszcz as a location for the Customer Interaction Solutions, ivy Technology (earlier iQor) focused on principal assets of the City: the dynamic character which attracts experts, excellent academic facilities, ac¬cess to talented staff, good cooperation with self-government and local secondary schools. Providing electronics repair services for global clients and developing customer support in 14 different languages to customers worldwide, it is extremely important for us that the environment which we operate in reflects the global character of our work, which at the same time guarantees access to technical knowledge, excellent transport and technical infrastructure. All of this is available in Bydgoszcz.

Starting the business in Bydgoszcz in 2016, Cybercom Poland Sp. z o. o. received professional support from the Bydgoszcz Regional Development Agency Sp. z o. o. Substantive preparation from BARR in the form of the provision of all the necessary information when the company was opening the new branch in Bydgoszcz was at the highest level. We would like to emphasise that the team of Mrs Edyta Wiwatowska has been creatively supporting the initiatives of our company, allowing us to realise our goals more effectively. The support from BARR allowed us to quickly start the core operations for the branch in Bydgoszcz – the realisation of innovative projects in Automotive, Telecom R&D, Digitalisation and loT sectors. We wish all Polish cities to pride on people as involved in the creation of the investment climate as we experienced in the case of cooperation between BARR and Cybercom Poland Sp. z o. o.

Arriving at the decision about developing logistics parks, we take the utmost care of choosing the location, which enables us to build objects that consider the needs of various tenants who look either for typical storage facility or production halls. Additionally to the location, there are more aspects of great importance such as road system, its development plans and personnel availability. These parameters where taken under thorough scrutiny while making decision about choosing Bydgoszcz as the location for our investment. The result of our observations was that the rapidly developing City of Bydgoszcz lacks production halls of a high standard. Industrial real estates built by Waimea Holding S.A. allow companies to grow and raise the quality and culture of work. In recent years, we have also observed a considerable development of small enterprises, which require smaller offices with access to small storage areas at the beginning of their activity. Waimea Logistic Park Bydgoszcz is being created in response to the market demands of the City of Bydgoszcz. In the initial stage of the investment there is a SBU (Small Business Units) hall to be built with the area of 9.072 sq m. It will provide warehouses and offices for micro and small entrepreneurs, startups and all the companies that need smaller storage facilities to operate. The minimum available warehouse units will have an area of 650 sq m with office and social areas of 60 sq m. The second hall, with the area of 16.200 sq m2, is designed for manufacturers and logistics operators dealing with cross-docking. The production and logistics centre of 90.000 sq m is being developed in a 19 hectare area in the south-eastern part of Bydgoszcz. The property has good access to S10 express road and A1 highway. The public transport availability is another asset of the area, which ensures convenient access to the workplace for the personnel. The investment is located in a rapidly developing city, which records more and more intense economic activity. Well-developed communication infrastructure, international airport and modern railway stations are representative marks and pride of the City. It’s hard to ignore favourable demographic indicators – young and well-educated society and the fastest decline of unemployment in Poland. Bydgoszcz responds to the demands of the market and the requirements of developers, making the City a very attractive place for investors.

PRIZES AND AWARDS FOR BYDGOSZCZ 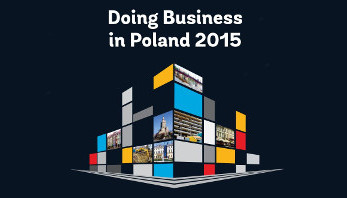 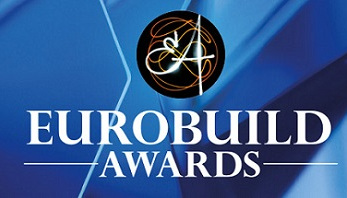 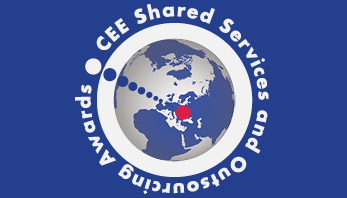 OUR ACTIVITY IN PICTURES

The Department of Investor Service

STAY UPDATED AND SUBSRCIBE TO OUR NEWSLETTER

The administrator of your data is Bydgoska Agencja Rozwoju Regionalnego Sp. z o.o. with its headquarters in Bydgoszcz (85-059), at 4c Unii Lubelskiej Street. Your data will be processed for the purposes of the Newsletter service provision. More information on the processing of personal data and your rights can be found under the Privacy Policy.